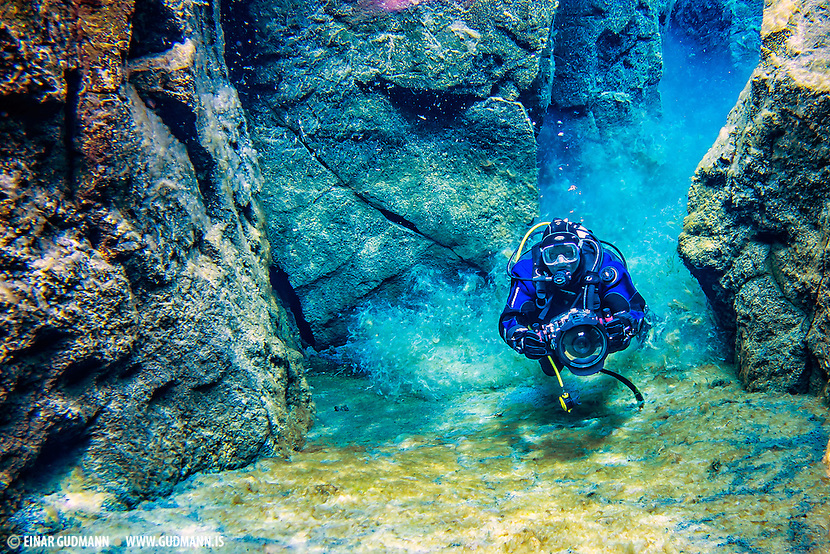 I have been dreaming about diving. With absolutely no experience in this field I had no idea what was involved regarding equipment or training. Attending a diving seminar has been on a imagined schedule for the past four years. Recently I met the pro diver Erlendur Gudmundsson. He invited me to go snorkeling in amazing diving locations in Kelduhverfi, North-Iceland. It´s probably not going to surprise anyone, but the main reason I am interested in diving and snorkeling is photography. There is a whole world down there which is undiscovered – by me at least. It is fascinating to be able to dive and photograph this underwater world which is hidden to most of us.

I have no housing for my main camera Nikon D4s. I do though have a simple but effective bag from Dicapac which worked mostly well. The camera was Nikon Coolpix A, shooting in both RAW and JPG.

When I started snorkeling my attention went from focusing on breathing to focusing on taking pictures. Most of the time I guessed what the camera was seeing and I also guessed if it had taken a photo or not. Wearing gloves in cold water is problematic when it comes to pressing the shutter button.

Overall it was an adventure for a inexperienced snorkeler like me and this is hopefully the beginning of my discovery of the underwater world. 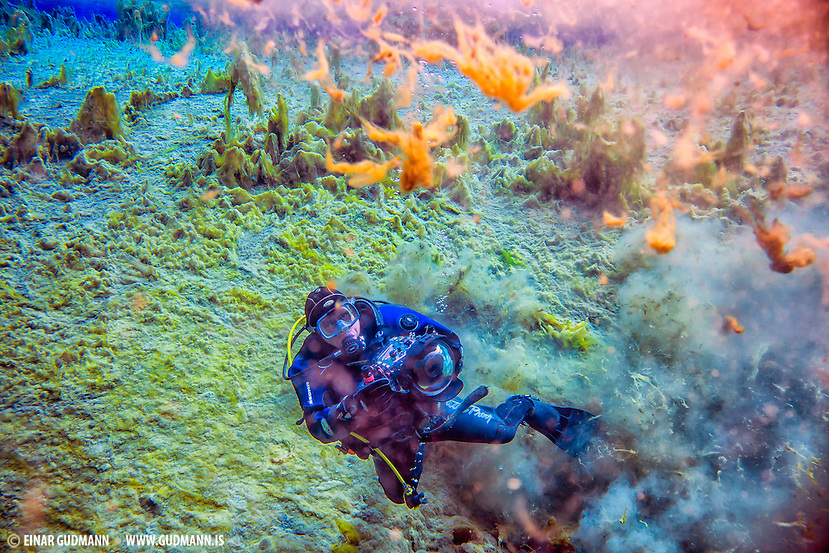 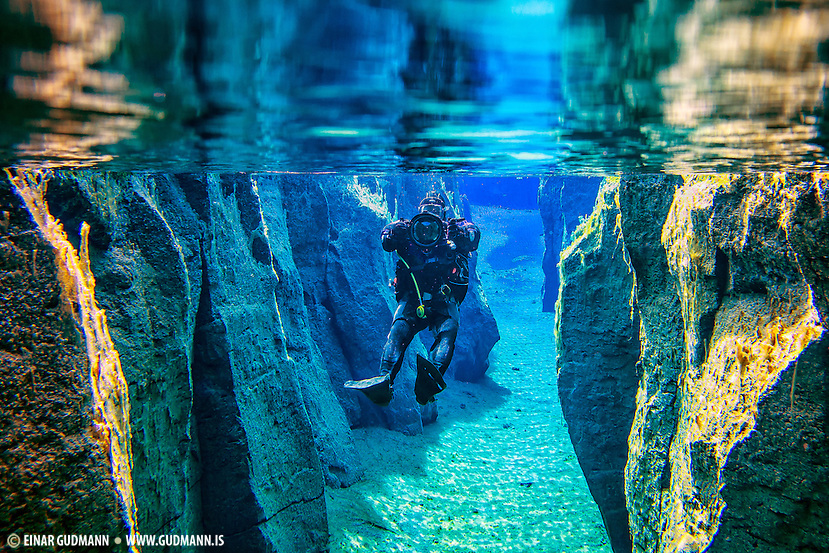